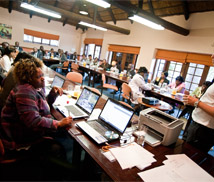 Since 2000, Zimbabwe has been engulfed in a crippling political, economic and humanitarian crisis, which has had an adverse effect on its justice system. Torture accounts for 25% of all reported human rights violations, with some 3,000 instances documented from 2001 to the present. The country’s 55 prisons are severely overcrowded, with 30% percent of the total prison population awaiting trial.  Many detainees have remained in pre-trial detention for up to ten years. Human rights organisations estimate that nearly 1,000 prisoners died in Zimbabwe’s prisons in the first six months of 2009 alone.

However, a government power-sharing agreement signed in 2008 facilitated the adoption of new legislation, particularly in the field of human rights. This has created an unprecedented opportunity for effective human rights enforcement. 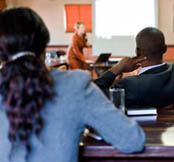 IBJ is in the process of a major breakthrough regarding its official status in Zimbabwe thanks to a firm commitment received from the Minister of Justice in October 2011 to sign a Memorandum of Understanding with IBJ. This will greatly enhance IBJ’s access to facilities and organizational recognition throughout the legal system.

In order to consolidate and sustain progress through this next phase, IBJ has defined three imperatives for its future work in Zimbabwe: