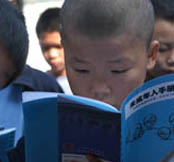 Since 2001, IBJ has worked alongside government institutions and members of the criminal justice community in China to generate sustainable reforms. We conduct training for legal professionals and police, covering a wide range of criminal defense skills and modern scientific investigative techniques. We also develop online training and resources on criminal defense skills.

Our activities in China include: 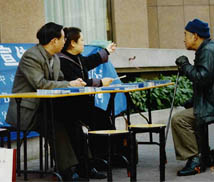 China’s justice system was completely eradicated during the Cultural Revolution in the 1970s. Significant progress has been made since then, and legislative improvements have led to overall positive reforms. However, China only has 400,000 lawyers for a population of more than 1.4 billion. Furthermore, the practice of criminal defense law is regarded as a high-risk profession. As a result, a very large number of criminal defendants remain unrepresented at trial.

Recently, significant changes have been made in the Chinese criminal justice system. China amended its Criminal Law in 2017 and Criminal Procedure Law in 2018, bringing both closer to internationally accepted standards. Government-sponsored pilot projects aim to increase the percentage of criminal defendants represented by counsel from an average of 30% to 100%.