In 2016, IBJ officially opened a Defender Resource Center in Bukavu, the Congolese province of South Kivu. This marked the launch of IBJ’s 7th country program.

Our Defender Resource Center acts as the hub for our activities, including:

Following the signing of a Memorandum of Understanding with the Ministry of Justice in the Democratic Republic of Congo in May 2016, IBJ officially opened a Defender Resource Center in Bukavu, in the Congolese province of South Kivu, in June. This marked the launch of IBJ’s 7th country program. IBJ’s DR Congo program is part of a larger Francophone Africa program supported by a generous grant from Global Affairs Canada, which IBJ is implementing in partnership with Montreal-based Equitas – International Centre for Human Rights Education. IBJ Founder Karen Tse and International Program Director Sanjeewa Liyanage visited Bukavu and Kinshasa in May 2016 to set in motion this new project. 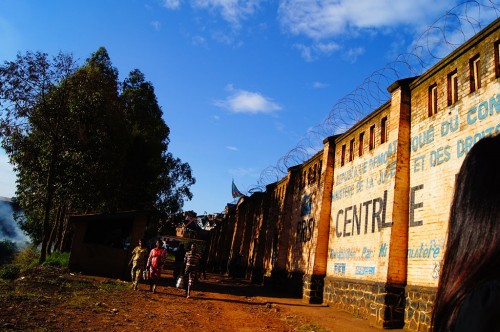 Outside of Bukavu Central Prison

There is a great need for access to legal counsel in the DRC. While torture is criminalized in the DRC under Articles 16 and 18 of the Constitution, under Articles 67 and 180 of the Penal Code, as well as Law No. 11/008 taken up on July 9th, 2011, individuals in pre-trial detention are still extremely vulnerable to physical, mental, and sexual abuse, including torture. By visiting both jails, detention centers, and “dungeons” (unofficial detention centers) with prosecutors, IBJ was able to provide earlier legal assistance to indigents and to prevent torture in detention. With 73% of the DRC’s prison population made of pre-trial detainees, IBJ concentrates its efforts to provide legal help to individuals who are too poor to otherwise afford a lawyer.

By taking on pro-bono legal cases, IBJ ensures that every woman, man, and child accused of a crime is judged fairly in a court of law, to reduce prison overcrowding, and to reduce instances of abuse – which most often happen in pre-trial detention. With Avocats Sans Frontières, one of the main providers of pro-bono legal aid, having ceased their activities in the DRC in April 2016, and no state-sponsored legal aid available for indigent individuals, the need for access to legal aid is greater than ever. In August 2016, IBJ lawyers started taking on legal cases. In only 5 months, IBJ had provided legal representation to over 100 people. In addition, IBJ is fulfilling its mission of improving access to justice in the DRC and strengthening rule of law by undertaking several complementary activities. 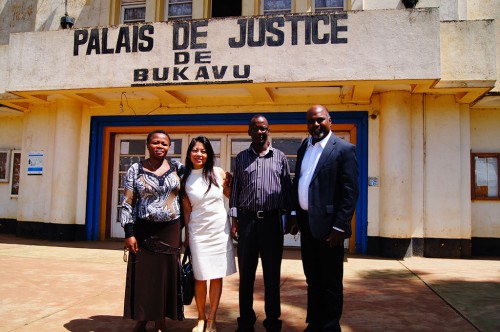