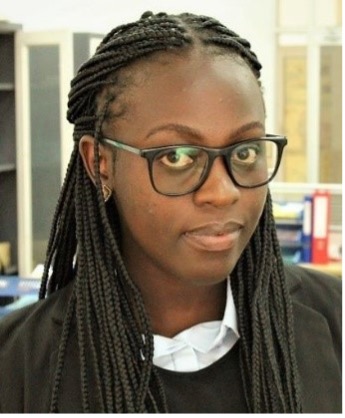 Mwinji Siwale (Zambia) is based in Lusaka and she will 1) work with police officers to create a referral system to identify when women or girls in the community are in need of legal representation, 2) undertake legal clinics in prisons, and 3) visit identified police stations.

The project also aims to reach out to prisons and make contact with prohibited immigrants who are women and girls and have been charged with the offence of smuggling another person or consenting to being smuggled. They are particularly vulnerable because they lack knowledge of the Zambian justice system and furthermore there is a language barrier. These vulnerable women and girls are often kept in Zambian prisons for a long time while awaiting their trials. Aside from focusing on cases that are at commencement stage, taking up appeal cases for those with long sentences will be Mwunji’s other project priority. The aim is to reduce their time served or achieve an acquittal. Specifically, she will be targeting cases with death sentences to reduced them to life sentences or acquittals. Read More 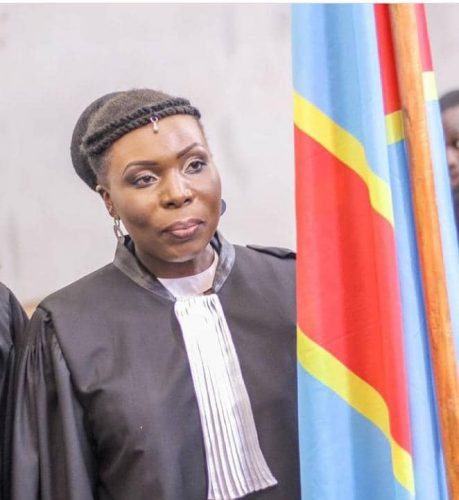 Joëlle Munyerenkana Shabani (DRC) is training women lawyers on legal representation of indigenous women and girls. The main challenges in DRC include the distance between jurisdictions and the locations of the crimes and the lack of lawyers who take pro bono cases. Read More 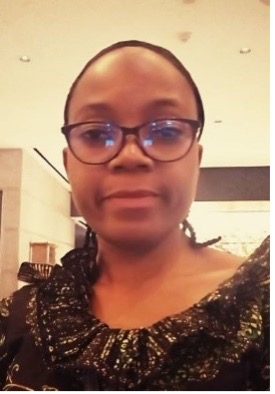 Maria Matui (Tanzania), based in Dar es Salaam, is working with local authorities, such as the Police Gender Desk and juvenile court magistrates, to find ways to avoid the delays in justice that so often cause violations of human rights. More specifically, the project will develop a referral pro bono legal representation through a network of professional bodies qualified in the area of women and girl’s rights and access to justice.
To ensure proper referral systems are in place, Maria is working closely with prisons officers to conduct legal aid and identify cases, which need court representations and legal advice. Read More 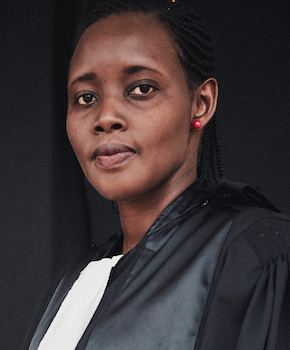 Fidès Nibasumba (Burundi) is providing early access to justice through free legal assistance as well as through rights awareness campaigns to detained women and girls in Bujumbura, particularly for those who have suffered abuse. In Burundi, the cost of legal assistance can be an enormous impediment, particularly for women who are not financially independent.
Burundi’s prisons currently hold more than 100 infants who are there simply because they are too young to be separated from their detained mothers. This situation means that free legal assistance for detained women with infants and small children is freedom for the children as well. Read More 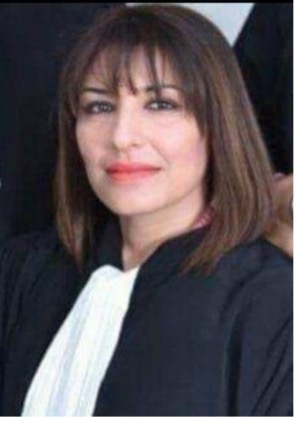 Hend El Feki (Tunisia) is working with the Tunisian Association of Young Lawyers and the Bar Association, to recruit female lawyers. She is also in contact with associations that aim to provide legal aid, but cannot afford lawyers, governmental organizations, and ministries, such as the Ministry of Women, Justice and the Ministry of Family.
The aim is to develop a case referral network for pro bono legal representation. This network will be presented to the judiciary with the objective of signing a convention with the judiciary, which would ensure that the network will be informed as soon as a woman needs legal help. Read More 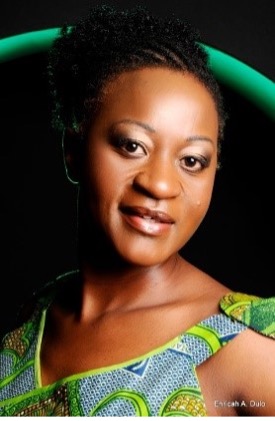 Enricah Dulo (Kenya) is focusing on the women who have been arrested by the Nairobi City County officers.  She is fighting against the lack of legal representation for women, which has resulted in them pleading guilty to avoid paying an expensive fine or serving a long sentence. The result is that they end up with a permanent criminal record.
Enricah will inform key people of the project including, the Office of the Director of Public Prosecution, women’s rights network, Police stations gender desks, all of whom she will cooperated with closely. The Prosecutor attached to the City Court will be in contact with Enricah whenever a woman or girl is arrested and before they are charged. Read More 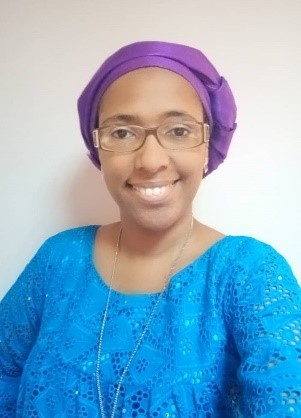 Nafissatou Alfidja (Niger) is focusing on the awareness of the rights of the defense at the time of arrest, interrogation, investigation and even trial. She will contact the director of the Civil Prison of Niamey, the commissioners of the five police stations in Niamey, and the Director of the Judicial Police. Nafissatou will also reach out to all the structures of the penal chain where women and minor girls can be presented, to know when women and minor girls are in need of defense. Currently, there is poor communication between authorities and lawyers, which results in lawyers not always being aware that their client is being trialed before a judge.
Nafissatou is approaching various partners already on site and implementing actions of voluntary legal representation, to better coordinate and exchange on problems encountered in the defense of women prisoners and underage girls. The major problem in the defense system in Niger is that there are very few lawyers and most of them are found in the capital city of Niamey. Read More 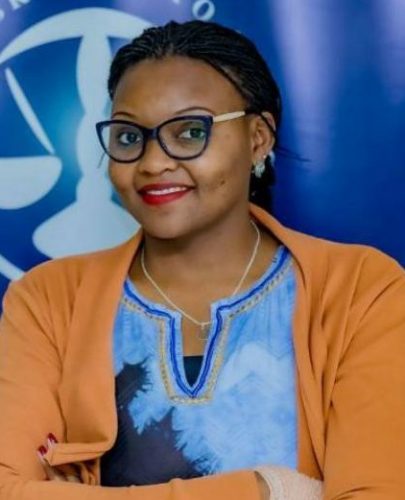 Joëlle Kabagambe (Rwanda): Many accused and detained women have no financial independence or resources and come into conflict with the law when simply attempting to care for their children. Many are single mothers or have been abandoned by their husbands. Particularly while detained, they cannot afford a lawyer.
This project will provide these women with free legal representation. As for the lawyers in Rwanda, the membership of the national bar association includes only 300 women. This project is intended to provide a supportive network not only for the existing lawyers, but also for future women legal defenders.  Read More 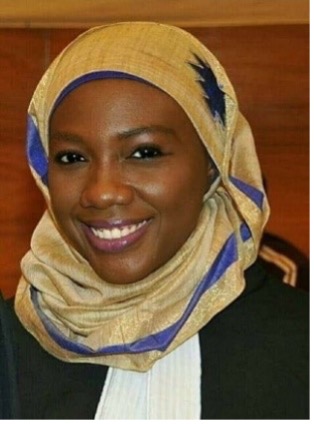 Ramatoulaye Ba (Senegal): Based in Dakar, Senegal, Ramatoulaye’s project is focusing on women who are facing justice inequalities and are not able to assert their rights. She is cooperating with key institutions, such as the police stations, the investigating judges and the managers of the women’s prison to ensure women have improved communication with lawyers when they have been arrested and detained.
Specifically, Ramatoulaye will make available to the investigating judges the list of female lawyers involved in the project. This list will also be given to the head of the Cave and will be deposited at the level of the office of Legal Assistance. Read More 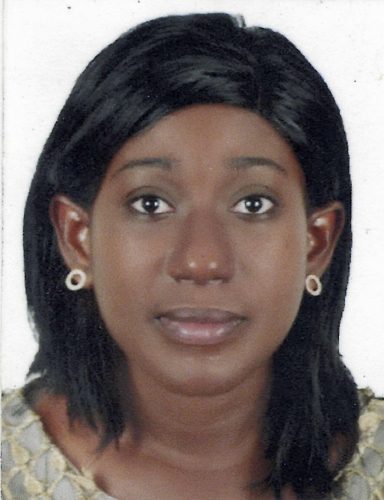 Carine Oupoh (Côte d’Ivoire) is providing legal representation for women and girls. There is an increase in incidents described as crimes and misdemeanors., some of these incidents are related to forced marriages, in which women are victims of rape and abuse. Ensuring their defense will at the same time fight against the practice of forced marriages and sexual violence.
Carine will work with the Ministry of Justice and the heads of jurisdiction. She will collaborate with local authorities in order to have lists of trials communicated to her before the hearings. This would enable the selection of women and girls who will be the beneficiaries of the assistance of the women lawyers of the network. Carine will also be cooperating with associations for the defense of women’s rights and associations of women jurists, who fight for women’s rights in their daily life. Read More